Economy in Decline (part 1 of a 3 part series) 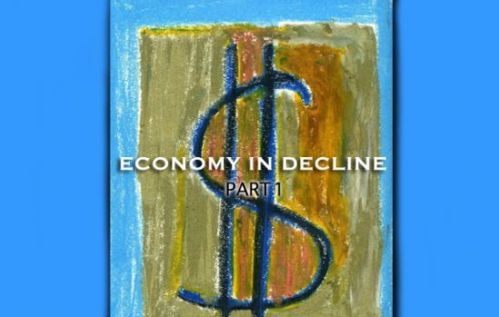 With more bad economic news pointing toward bank failures, business closures and layoffs, politicians on both sides of the aisle are crafting plans to aid the economy.  As the recession teeters on the brink of an even deeper slump, politicians are reaching for ever-larger and less traditional solutions.

The next few weeks will unleash an unprecedented national recovery program.  This three part series will examine the problems, proposed solutions and politics of the economic crisis.

While Republicans and Democrats certainly have different philosophical beliefs about the causes, both sides agree we are in a severe recession.  The growth rate of the economy has fallen (by 3.8 percent annual rate last quarter) and unemployment is now rising significantly as a result.  This recession is more precarious than many others in that the failings of two specific industries, the financial industry and real estate, have seen extreme shifts and have threatened to slow other sectors of the economy dramatically beyond a “normal” recession.

The financial industry collapse is particularly devastating because it is restricting financing to consumers and businesses, which must further curtail their activity to avoid risking hardship and failure.  The deflation in real estate has undermined American wealth and confidence since so many counted their home as a no-risk asset and investment vehicle.

Economists fear that the speed, breadth and worldwide scope of decline could lead to a downward spiral in world economies.  Markers of this decline include extremely high unemployment rates, poor business confidence and long-term economic stagnation with low or negative GDP growth.  The decline in gross domestic product for the U.S. in the first quarter of 2009 is already anticipated to be at a -5 percent annual rate.

The choices for private businesses under stress are limited.  Either downsize and try to weather the economic storm, file bankruptcy and try to maintain operations in a leaner structure, or shut down.  In some cases, the writing is on the wall; in others, it depends on how long the recession lasts.

In the face of this economic distress, the Bush administration moved to support the economy as a whole and the institutions in greatest risk of failure.  Interest rates were lowered to promote borrowing for future business activity.  Taxes were lowered so the public could spend more.  Controversially, banks were given public funds to keep them in business.

What We Don’t Know

Unfortunately, neither interest rate cuts, tax cuts, nor bank bailouts have stopped the decline.  It is not just the fact that government action can take many months or years to filter its way through the economy and show up in statistics.  In the immediate term, the banking system continues to fail, the real estate market continues to worsen and the economy stands on the doorstep of a significant period of decline.

Adding to these larger-than-life issues is the fact that many Americans are facing the reality of large-scale layoffs.

No recovery can occur until the banking crisis and real estate decline have stabilized.  These problems require extraordinary solutions that will be costly, uncertain and politically unpopular.   Yet, only once a permanent fix has been set in place, can the government’s plans for stimulus have meaningful effect.

The next parts of this series will focus on the Obama administration’s banking and real estate fixes, as well as the Congressional stimulus proposals and their effectiveness at returning the economy to health and prosperity.

The Obama administration has promised to present proposals on these issues in coming weeks.

This entry was posted in economics, politics and tagged crisis, economy. Bookmark the permalink.