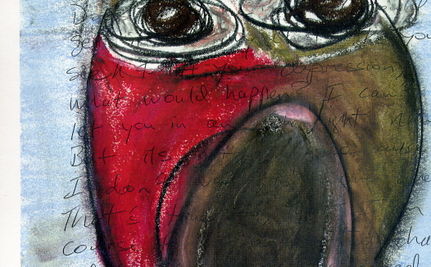 By Marc Seltzer; originally published on October 5, 2009, at care2.com

By my calculation, we elected in Barack Obama, a leader who is expert in reasoning.  He distinguished himself academically to get into Harvard law school, and there, he competed in talking and writing about law and society to become editor-in-chief of the Harvard Law Review.

He went on to teach others to learn, analyze and debate at the University of Chicago Law School, a critical-thinker’s heaven.

More recently, his presidential campaign included a vision of bringing more reasoning to governance:  Rules against conflicts of interest and restrictions on lobbying aimed to insulate decisionmaking-by-reasoning from special-interest influence.

And now, as President, Mr. Obama consistently speaks of solving problems by using “what works,” instead of employing ideological approaches.  This too is reasoning and judgment, rather than resort to theory without consideration for the facts on the ground.  It does not mean that the President will not consider free-market economics, on the one hand, or government intervention, on the other, but he looks for solutions that take into account the myriad of consequences, rather than simply going with a principle, results be damned.

What is ironic, although maybe karmicly inevitable, is that this king of reason is being confronted with logic’s nemesis:  emotion, belief and intentional deception.

Take, for example, Mr. Obama’s first acts as President.  The economy was diving into a deeper recession.  The financial industry was frozen.  The President supported a huge rescue program.

He was branded a socialist revolutionary — taking society in a new direction.  Honestly, what would have been truly radical would have been to do nothing.  What he did was big and risky but not radical.  Radical would have been allowing the chips to fall where they may. It would have been emotionally satisfying, and some would have preferred to risk economic depression, international bank failure, destruction of real estate, stock and who-knows-what other markets to bailouts.  Mr. Obama could have stood firm and said, “I am a man of principle, and being responsible means paying the price for your mistakes.”  Many a man-on-the-street was calling for this approach, but it would have had radical consequences.

And to health care.  President Obama says, let’s fix the system.  A liberal vision would be the single-payer model, successfully used in Canada (see first-hand “comments” to blog).  It cuts costs and delivers excellent universal health care.  It is tax-payer funded and not connected to employment.  But the President seeks no such leap of faith from the American people.  He simply wants to adjust the current system, to bend the cost curve so that public systems he inherited do not go bankrupt in ten years, and so that more people can afford health care.  He doesn’t have to do this.  Medicare will not go bankrupt on his watch, and any action taken to solve this problem will be unpopular in some circles as excess is taken out of the system.  But acting now, instead of waiting for a crisis, is prudent.  In truth, President Obama’s approach is again quite cautious.

Yet look at the arguments stacked against him:  “Citizenship,” “Socialism,” “Nazism,” “government takeover,” “revolutionary policies,” “health care for illegal aliens,” “death panels for grandma,” and “take back our country.”  Lively conspiracy theories, expressions of fear and its anger, and political taunts, but hardly addressable through reason.

Insecure times have brought anger and fear to the fore.  Humans project their dislikes onto suitable targets, whether reasonable or not.  If we do it to our relatives, colleagues and celebrities, we certainly do it to our presidents.

If President Obama were publicly casting blame on the Muslim fundamentalists or communists in our midst, or stoking up anger and fear of some enemy, he would channel the feelings bubbling up.  Instead, he is playing the technocrat, using logic to solve problems and avoiding the messy emotions spewed about.  In areas like climate change, health care and the economy, where real-world concerns need to be addressed, the work of the government is finally getting done.

But feelings of fear and anger may be unsatisfied and may exacerbate if the economy fails to improve quickly enough.  Is the President, who reasons so well, who almost never shows anger, able to deal with the unreasonable?

Is reason itself an antidote, or is this like the dark forces bringing Kryptonite to Superman?

One response to “Irony of Obama’s Opposition”